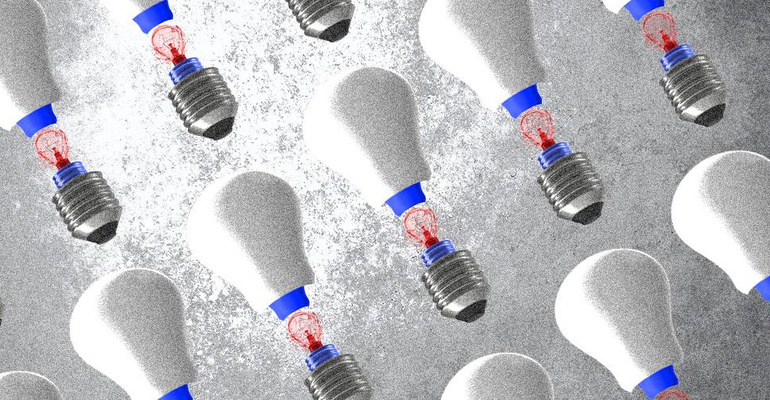 Startups and innovation are not what the Russian economy is best known for. The country remains highly dependent on oil and gas, and President Vladimir Putin hasn’t shown much inclination to change that.

To make matters worse, Russia’s invasion of Ukraine has triggered a wave of sanctions that has severely damaged its economy, including its nascent venture capital and startup communities.

Where there have been some success stories in recent years, including ride hailing app InDriver, analytics firm Dsight, and dating app Mamba, the road for tech startups in Russia has been an especially rocky one, when compared with many Western nations. The longer its budding tech businesses remain cut off from overseas markets and venture capital, the uglier things are likely to get.

The Business of Business spoke with Matthew Murray, a former senior adviser on governance and the rule of law to the Obama Administration who also served as a top official in the U.S. Commerce Department.

He estimates the sanctions will set back Russia’s venture capital industry by as much as a decade.

Building an innovation economy requires investors and cash. But Russia won’t get either as long as sanctions are in place, he said.

“Capital is the fuel of a modern economy,” Murray said. “And venture capital in Russia has been unable to function as a viable sector.”

A late-start in the tech race

Compared with the United States and Western Europe, Russia was a late player to the venture capital game. Although the Soviet Union spent heavily on its military and space programs during the Cold War, the country did not focus on transferring these technologies to broader parts of its economy.

“The use of technologies out-side the defense industry did not receive much support from the military and civilian authorities despite the compatibility and interoperability of these technologies,” according to a paper published in the journal Studies on Russian Economic Development.

By contrast, in the United States, breakthrough innovations like global positioning systems and the Internet originated with the military’s Defense Advanced Research Agency (DARPA).

Russia started to develop a venture capital community in the early 1990s. From 2000 to 2012, investments grew to $1.2 billion, much of the money directed toward information technology startups and telecommunications.

However, several factors hampered Russia. The country’s economy heavily depends on oil and gas and any decline in prices would severely limit the government’s ability or willingness to fund risky investments.

“Unfortunately, Russia has made many false starts under Putin to diversify an economy dependent on commodities,” Murray said. “The government fumbled on how to manage the state’s role in such an economy.”

Russia is also riddled with corruption. The state’s heavy involvement in the venture capital industry doesn’t make that problem any easier for startups.

“Corruption is so embedded in the system,” Murray said.

The country also suffers from a lack of transparency and protection for intellectual property, which makes it hard to attract outside investment because of the high risk, Murray said.

Because of the difficulties with funding and the corruption problems, some of Russia’s most successful ventures have already been escaping for greener pastures as soon as they are able. InDriver, founded in one of the coldest inhabited places on Earth, Yakutsk, Siberia in 2013, has since relocated its headquarters to Mountain View, California.

Globally, institutional investors like mutual funds, private equity firms, pension funds, university endowments, and insurance companies are pouring trillions of dollars into startups. But Russia has struggled to get a piece of the action.

Today, according to CB Insights, the United States alone boasts nearly 600 unicorns – startups worth at least $1 billion – while China is home to nearly 200. Crunchbase is tracking 1,117 Russian companies that have collectively raised $2.1 billion.

The number of unicorns currently based in Russia: 0.

Sanctions will put the fledgling tech economy into a tailspin

It’s difficult to tell how sanctions will precisely hurt Russia’s economy, never mind its startup community. A study in the Russian Journal of Economics estimates sanctions imposed on Russia after its invasion of Crimea in 2014 cost the country $280 billion in capital inflow over a three year period.

But anecdotal evidence suggests that sanctions will damage Russia’s startup economy by depriving it of the foreign capital it needs to grow.

For one thing, the United States recently sanctioned the Russia Direct Investment Fund (RDIF), the country’s sovereign wealth fund which only last year absorbed the Russian Venture Company. According to its website, the RVC has invested nearly $280 million in 300 startups.

In a statement, U.S. Secretary of State Anthony Bliken called the RDIF a “slush fund for President Putin and his inner circle.”

Russia’s invasion of Ukraine will also deprive the country of another crucial resource to build a high tech economy: talent. The New York Times is reporting that tens of thousands of young workers, many in information technology, are fleeing the country.

And the Massachusetts Institute of Technology recently said that it will withdraw from a partnership with the Russian government to develop a high tech research institute in Moscow. The project was the cornerstone of the $3 billion Skolkovo Innovation Center, an attempt by the government to develop its own Silicon Valley.

“The sanctions will take down Russia’s ability to innovate,” Murray said. “They will have to rebuild it from scratch.”