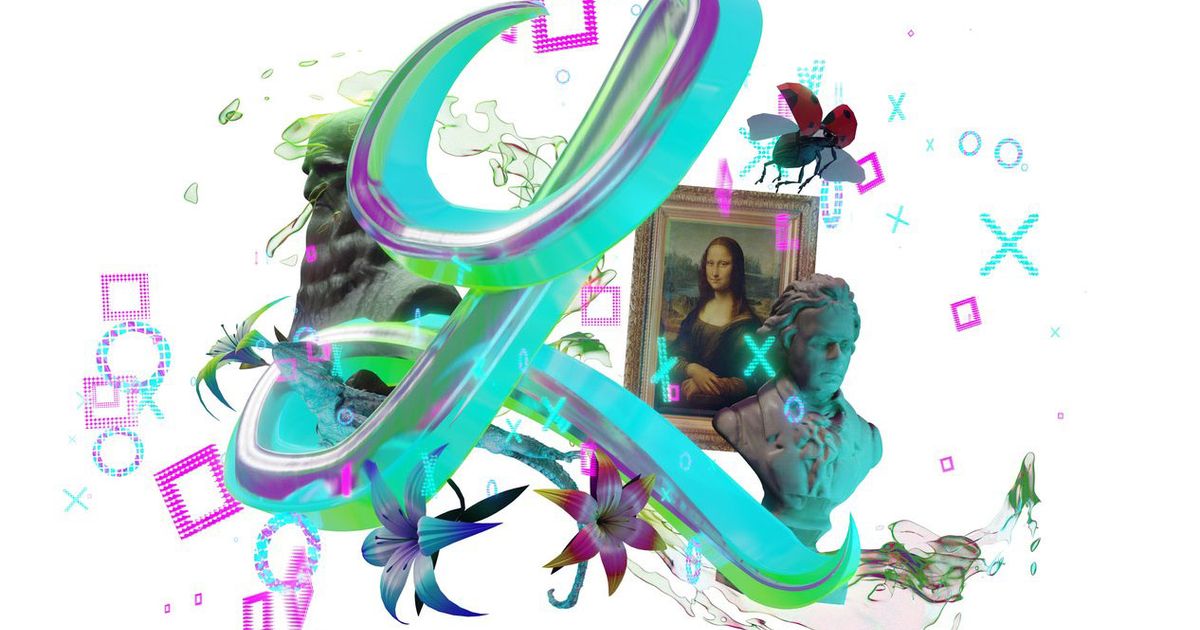 Step aside, NFTs—there’s another acronym in the Web3 space brands should be paying attention to: DAO, or decentralized autonomous organization.

As brands continue to invest in a Web3 future, mostly through non-fungible tokens, augmented reality and virtual land, DAOs, organizational structures built with blockchain technology, could offer a distinctive mechanism to engage with consumers through activations and collaborative projects.

A DAO is a group that works together to deploy money in a specific way. It can be used for investing, donating to charity, creating products, buying goods and just about any other project that requires the assistance of funds. Its reliance on blockchain technology allows for power to be shared by all members and makes it an important tool for organizing in the Web3 world.

“I don’t think brands have fully embraced all that blockchain and Web3 can offer yet—the activities and infrastructure which a DAO ultimately enables,” said Kate Watts, CEO of creative consultancy Long Dash.

The decision for how money is spent, which is in the hands of members, is the essence of a DAO, and gives brands an opportunity to experiment in a variety of ways. There can be DAOs focused on everything from designing NFT collections to real-world products, for example, but whatever the goal, consumers will be making the decisions. In this way, DAOs represent a potentially new model of brand engagement.

“You can literally think about any aspect of your organization that you want to learn more about, what’s going to actually resonate with your audience, and create a DAO for that,” said Watts.

Nearly 5,000 DAOs are currently in operation (up from 10 in 2019), with some of the most recognizable players in the metaverse having launched their own variations, including Bored Ape Yacht Club, Decentraland and crypto exchange Uniswap.

Brands are already exploring DAOs by partnering with these players. Bud Light Next, for example, has an ongoing partnership with a well-known project called Nouns DAO, which made an appearance during the brand’s Super Bowl commercial and recently had its imagery printed on cans for an NFT event at Anheuser-Busch’s flagship brewery in St. Louis.

Other brands are actively creating DAO test projects, like Web3 investment firm Metaversal, which launched a DAO earlier this year to create real-world opportunities for artists.

A DAO activity, ultimately, is a community activity. All members can vote on proposals and decisions using governance tokens, which are typically just an NFT that they receive upon being admitted to the group. While governance tokens hold value proportionate to the success of the DAO, the actual funds of the group are not held by any members, but rather a treasury that can only be accessed via the approval of members.

DAOs emphasize the community aspect of Web3, which makes them an attractive tool for brands looking to onboard their consumers into the space.

One way to do this is through what Watts calls “consensus commerce.” Unlike the model of community commerce that is popular on Web2 platforms like TikTok and Instagram, which is where consumers engage with branded content as a method of shopping, consensus commerce leverages the DAO structure to allow consumers to actually contribute to product creation. The members take part in important Web3 processes, such as voting with governance tokens and interacting with smart contracts, while brands get to observe their audiences expressing their wants and needs, almost like through a focus group.

The benefits of activating a DAO may even outweigh those of an NFT drop. In their current state, most NFT projects emulate stocks, and are thus focused on increasing liquidity. While brands have hitherto activated NFTs for brand-building purposes, the practical selling point for consumers is that the asset could later accrue value. NFTs’ focus on liquidity has also led to rampant fraud, making the space unpredictable for brands, especially those interested in establishing long-term presences in Web3.

DAOs, on the other hand, are more concerned with organizing around a common interest, and could therefore provide a safer process of onboarding and retaining consumers while avoiding the intense pressures that come with highly speculative assets, said Jason Keath, co-founder and CEO of social media consultancy Social Fresh.

“[A DAO] allows people to learn a little more slowly without as much FOMO (“fear of missing out”), it allows them a network of people to whom they can ask questions … just basic support mechanisms that make it a better experience and a better kind of educational space,” he said.

To be sure, DAOs can also fall victim to scams, and hackers have previously targeted funds collected in groups’ treasuries. But if a brand’s goal is to encourage adoption of Web3 technologies in spite of these issues—and as better security is developed—DAOs could serve as useful tools.

“There’s lots of great NFT collections out there with great Discord communities, but most of them are very focused on making money … DAOs are more about building together,” said Keath.

While computerized tokens must be used in a DAO to cast votes and make decisions, the central objective of the group can just as easily live in the real world as in the digital. Members can choose to direct their funds toward creating real products, displaying real art or benefitting real social services.

Late last year, a series of DAOs aimed at procuring physical items received mainstream attention. ConstitutionDAO, for example, pooled together $47 million from thousands of contributors to buy an original copy of the U.S. Constitution (although it was ultimately outbid) and Spice DAO raised $3 million to buy an unreleased movie script for the novel “Dune.” These efforts are hardly more than crowdfunding experiments, but they illustrate how DAO tools can be leveraged for real-world use cases.

For marketers, this could be an important advantage given most consumers prefer metaverse activations that tie back to reality. And since metaverse worlds are not expected to be fully developed for another five to 10 years, having that in-real-life component may be essential for a brand looking to leverage Web3 any time soon.

“[IRL activations] are a really good and fun way to experiment between the things that we already know, that we’re already used to, and slowly starting to bring in these new concepts in a kind of subtle way,” said Jessica Angel, community lead for Web3 investment firm Metaversal and head of its DAO project, MetaLetters.

MetaLetters DAO, which Metaversal launched earlier this year, is specifically focused on creating real-world opportunities for artists. The project hinges on an ongoing contest to rebrand the letters in the company’s name; artists submit designs for one of the letters (i.e. “M,” “E,” etc.), and when a winner is chosen, that artist is admitted to the DAO, the design is auctioned off as an NFT and 60% of the proceeds are given to the DAO treasury. How exactly these funds are spent will be decided upon by the members, but will generally go toward fostering relationships with institutions in the art world and opening exhibitions.

Through MetaLetters DAO, Metaversal is hoping to be for artists what brands could potentially offer their own audiences: a bridge between people with Web2 mindsets and the Web3 space.

“Those who are coming from the Web2 world may not be so keen, for example, on buying a JPEG. But if they see it on a screen on a wall, they may feel more inclined,” Angel said.

Purpose-driven marketing is another use case, said Long Dash’s Watts. By bringing in an audience to help to decide on philanthropic endeavors or sustainability, a brand can build those solutions to the likes of its consumers.

“It’s not [consumers] just saying, ‘Here are recommendations.’ Again, that’s what a basic, Web2 community could do. Web3 means they’re committing to solving them with you, and in partnership with you.”

How to integrate DAOs

Brands interested in marketing around DAOs should devise their approach by deciding how deeply they wish to integrate the technology.

For those looking for a more in-depth experience, creating a test project in the form of a DAO could be an effective strategy. Since it is unlikely and unwise for a brand to completely restructure itself as a DAO, this method allows it to still offer those Web3 tools to its community with little sacrifice.

A shoe company, for instance, could create a DAO for designing a new model, fund it with money and let the members decide how the shoe is styled and produced. Maybe the DAO will choose to make it available only to members or offer it as a limited-edition product to a wider audience.

A brand that collaborates with its test DAO may find the most interesting results, said Alex Taub, co-founder and CEO of social platform Upstream, which offers simplified tools to build DAOs.

“Let’s say that shoe does really well,” said Taub, keeping with the previous example. “Then the brand might be like ‘Yo, can we license the shoe and make it a larger collection? We’ll give you royalties into the DAO.’ And now the DAO can do more things.”

Brands can even bake in new or pre-existing NFTs to serve as the governance tokens for the DAO. This is how Metaversal’s MetaLetters DAO operates: the winning artist’s work is minted as a two-edition NFT, one going to the buyer and one to the artist, but both granting a share of voting power in the DAO.

Alternatively, brands can partner with DAOs to express to consumers their interest in the Web3 space, which is what Bud Light did when it partnered with Nouns DAO to promote its Next drink.

“[Nouns DAO] is at the forefront of innovation between the way that they engage their community and the way that they’ve structured their entire project,” said Corey Brown, senior director of digital for Bud Light. “So we wanted to partner especially to help authenticate ourselves in the spaces we entered with our [Bud Light Next] NFT collection.”

The Washington Nationals baseball organization also recently partnered with a DAO called Terra in a deal that gives the crypto-focused entity branding rights and future functionality of its coin at the team’s stadium. The Nationals have historically embraced digital innovation before others in the MLB, through ticketing and payment capabilities, and wanted to further this positioning by tying up with a DAO, according to the team.

These partnerships, when made to serve as a signpost for future Web3 offerings, can spur results beyond mere name association.

“While we’re not a DAO, and we don’t have plans on being a DAO, I think there’s a lot that we’re already taking from that mentality and applying it to our community,” said Bud Light’s Brown.