It’s been just over two weeks since WarnerMedia launched CNN+, and it might already be on the chopping block for the newly formed Warner Bros. Discovery ( WBD -2.89% ). After spending significantly on talent and a big marketing campaign touting the launch of the news-based streaming video service, CNN+ doesn’t have much to show for it. App downloads are disappointing, reported user numbers are minuscule, and with a change in leadership, cuts may be coming.

The CNN+ launch was rushed. There was a push to get the service off the ground before the merger with Discovery. That’s despite former CNN President Jeff Zucker’s ouster in February for failing to disclose a workplace relationship, and a hiring freeze ahead of the merger. 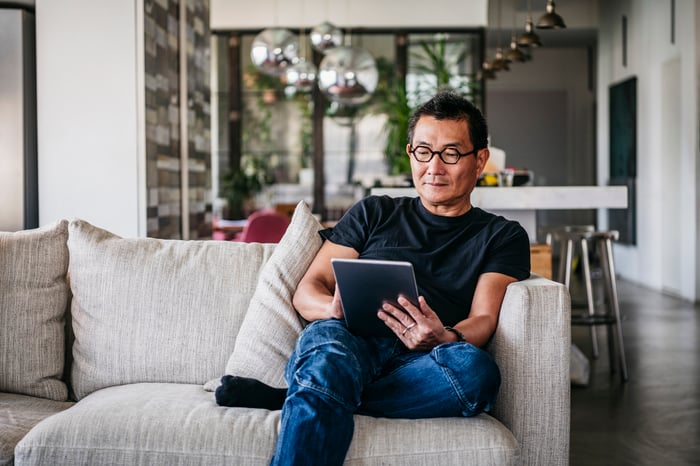 The rushed launch is evident. The service wasn’t available on Roku, the most popular connected-TV platform in the U.S., until two weeks after the launch, and it’s still not available on Android TV.

The service is integrated with the main CNN app on mobile devices, but the app only saw a small uptick in downloads in the first week after launch. Downloads increased just 33% to 70,000 in the first six days of CNN+’s launch. That said, there are already millions of CNN app users.

Still, just 10,000 users are logging in and watching CNN+ daily, according to people familiar with the matter. That’s despite aggressive marketing and a promotion to cut the subscription price in half for life, making it just $2.99 per month or $29.99 per year for signups during the launch.

With so many free options for news programming, it may be difficult for CNN+ to differentiate itself. The market for paid news subscriptions is tough. It follows Fox‘s Fox Nation, which has attracted just 1.5 million subscribers in three years. However, management and investors hope it’ll be more like Disney‘s ( DIS -2.07% ) ESPN+, which has managed to attract over 21 million subscribers since its launch about four years ago.

Seeking a return on investment

WarnerMedia spent $100 million developing CNN+ ahead of the launch, according to the Associated Press. That total may be closer to $300 million, including marketing, according to Axios. The Axios report also says the company planned to spend $1 billion over the first four years of the service.

It expected to reach 2 million subscribers within its first year and 15 million to 18 million by the end of year four, at which point it would break even on its investment.

Cutting back on spending now would mean keeping the appeal of CNN+ limited. It would also curb its international expansion, where much of that 15 million to 18 million subscriber opportunity lies. Determining whether to cut costs now and limit growth is a difficult decision for new management.

Could a bundle save it?

The merger between WarnerMedia and Discovery presents an opportunity for the company to bundle the three streaming services under its control — HBO Max, Discovery+, and CNN+. The three services are all complimentary with limited overlap in content, but broad appeal. And it could work similarly to the extremely successful Disney bundle.

The Disney bundle supercharged interest in ESPN+. The sports streaming service had garnered just 2.2 million subscribers one year after its launch. Bundling the service with Disney+ and Hulu took it from 3.5 million subscribers at the launch of Disney+ to 10.3 million one year later, and it added the same amount over the next year. It saw even stronger momentum in the first quarter this year, now counting over 21 million subscribers.

Bundling CNN+ with Discovery+ and HBO Max could breathe life into CNN+, and give a source of engagement for the fledgling service while improving retention rates for the more popular subscriptions. With the opportunity to monetize CNN+ with advertising and increased engagement through other CNN channels (app, website, cable network), it still presents an opportunity to produce a solid return on investment.

While the hundreds of millions Warner Bros. Discovery has poured into CNN+ hasn’t produced the launch it was hoping for, it’s still positioned to make sure the streaming service ends up more like ESPN+ than Fox Nation.