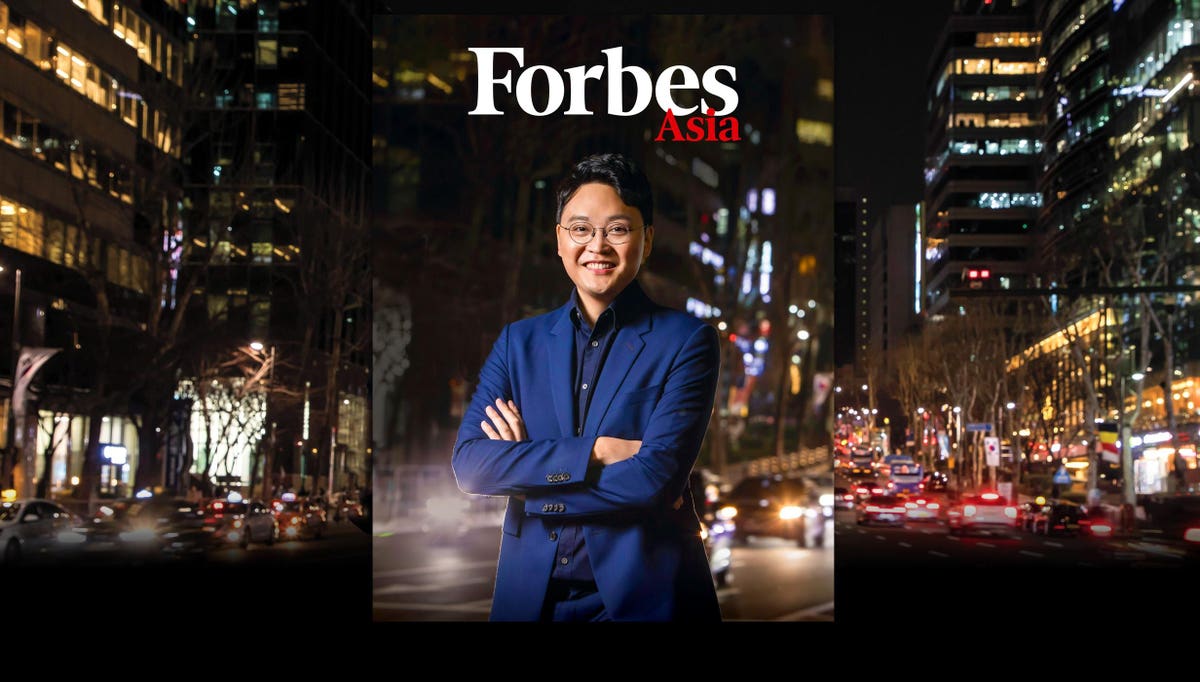 Viva Republica head Lee Seung-gun is taking his finance superapp Toss to its next stage with a big push in Southeast Asia and a blockbuster funding round in the works—and that’s just the beginning.

This story is part of Forbes’ coverage of Korea’s Richest 2022. See the full list here.

It’s been seven years since Lee Seung-gun turbocharged South Korea’s mobile payments industry with his money-transfer app Toss, which he then beefed up into a financial services superapp. Now the former dentist is seeking a piece of Asia’s fast-growing fintech market, setting the stage for ambitious plans to go global. “We have banking, securities and all that in one app, which is giving [investors] more confidence that Toss might become the number one player in the entire fintech industry,” says Lee, founder and CEO of Viva Republica, the app’s operator, in a video interview from his office in Seoul’s upscale Gangnam neighborhood.

To pull it off, Lee is preparing a new funding round at a valuation of over $10 billion in the second quarter. “Already, a lot of investors are trying to reach out to us,” he says. This potential raise is on top of $940 million in total funds received since 2014 from investors including PayPal, Sequoia Capital China and Singapore sovereign wealth fund GIC. The bulk came last June when Viva Republica raised $410 million at a valuation of $7.4 billion, making it the highest-valued startup in South Korea, according to researcher CB Insights, and Lee, who turned 40 in January, a billionaire. He debuts on this year’s Korea Rich List at No. 36 with a net worth of $1.2 billion.

Toss was an instant hit when Lee introduced the app in 2015, which made it easier for South Koreans to transfer money online. Now with 20 million downloads, its 11 million users regularly tap its dashboard of options from insurance plans to loans to investing online. To test the waters beyond Korea, Lee launched Toss in Vietnam two years ago, where its cash rewards and debit card services have drawn three million monthly active users, then expanded the push to Indonesia, Malaysia, the Philippines, Thailand and Singapore.

No doubt the market is big—Southeast Asia’s online lending segment alone had $39 billion in transactions last year, according to a November report from Google, Temasek and Bain. But capturing the region’s burgeoning fintech market is easier said than done. Southeast Asian tech giants like Singapore billionaire Forrest Li’s Sea, Anthony Tan’s Grab and Indonesia’s GoTo are already engaged in a fierce battle to be the local go-to superapp, including fintech services, and Viva Republica will have to fight hard for market share. Unicorn startups such as Tiger Global-backed Xendit in Indonesia and Singapore’s Nium, backed by the likes of Singaporean state investment firm Temasek and GIC, have also tossed their hat into the ring.

To that end, partnerships will be key. Viva Republica’s strategy head Seo Hyun-woo said in a media interview earlier this year that the company will shift from an organic growth strategy to actively pursuing overseas investments and acquisitions. In Vietnam the company tied up with Malaysia’s CIMB Group, one of the largest lenders in Southeast Asia by assets. At the end of last year it made its first overseas investment, buying a small stake in Republic, a U.S. startup-investment platform. “We’re not a company where we just give exactly the same product to the same nation,” Lee said in November. “We get into the market and try to learn the problems of the customers and how we can solve [them].”

For Viva Republica to have a shot at becoming a top global fintech company, it needs to first become profitable, says Lee Sung-bok, a financial services industry researcher at Korea Capital Market Institute. Its sales more than doubled to 820 billion won ($672 million) last year, while net losses widened to an undisclosed amount from 91 billion won in 2020 due to aggressive hires and marketing costs, the company says. Being profitable would also make it easier to go public, something which Viva Republica is looking at in the next three to five years.

“Toss has been focused on marketing to increase the number of its clients. But I think the marketing strategies taken by Toss have mainly increased cherry-pickers,” he says. “In the era of digital innovations, I believe outside money can be easy to attract but is not cheap to keep when the business model of Toss becomes known as not sustainable.”

Lee has never shied from a challenge. “I was a dentist,” says Lee, who graduated from South Korea’s top dental school at Seoul National University. “I knew nothing about IT.” After he finished mandatory military service in South Korea, the then 27-year-old met a schoolmate from dental school for advice on starting his own practice. But instead of walking away with a to-do list, Lee saw a new path. It wasn’t what his friend said, it was what he had: the new iPhone 3GS. “It was a mind-blowing experience,” Lee says. The successor to Apple’s 2008 iPhone 3G, whose revolutionary App Store changed how people used smartphones, was twice as fast and had video recording. But what transfixed Lee was its 65,000 third-party apps. “The first thing on my mind was, ‘I want to build an app’,” he recalls.

He set his digital ambitions into motion and hired a software engineer. Lee worked two days a week as a dentist at a Samsung-affiliated hospital to fund the venture, and focused the rest of his time on developing an app—any app. “Even if it was [terrible] or didn’t make any sense,” Lee says. There was a selfie app and an app that helped file online petitions—eight in total, but all failed to make money.

Then Lee, frustrated by how difficult it was to make an online payment in Korea, struck gold in 2015. Before Toss, Koreans had to go through a 10-step process to transfer funds that involved entering several PIN codes and passwords. Lee’s three-step app resonated with smartphone users, and Toss signed up 600,000 customers in its first year. Korea’s financial giants raced to catch up with their own offerings and mobile payments in the country quadrupled to $4.6 billion over the next two years. But his biggest challenge, Lee says, was getting his parents’ blessing to quit dentistry and become an entrepreneur. “It was the first time ever I actually went against them,” he says.

Han Kim, the Korean-American cofounder and managing director of California-based Altos Ventures, recalls how mobile finance in South Korea was inefficient. “I went through screen page after screen page [just to transfer money]. I thought this was nuts,” says Kim, whose firm has invested in some of South Korea’s most successful startups, including Bom Kim’s e-commerce giant Coupang and Chang Byung-gyu’s online game maker Krafton (Kim is No. 14 on this year’s Korea Rich List with a net worth of $3.2 billion, while Chang is No. 25 with a fortune of $1.8 billion).

Lee’s tenacity in tackling South Korea’s archaic online money-transfer system is what helped Toss succeed, Kim says. He helped open the conservative financial services industry by convincing regulators of the benefits of change, such as convenience and efficiency. “At its foundation, fintech is a win-win business that creates high value-add to consumers through its innovations,” Lee said at an industry meeting in 2015 with regulators, government officials and the then-president of South Korea, Park Geun-hye.

Kim, who was the first investor to back Viva Republica, says what sets Lee apart is his openness to learning. “When he’s wrong, he admits he’s wrong, which is a rare trait in a lot of people,” says Kim. Toss regularly launches new features to complement its existing services. At one point, it introduced three new features every week for six months, keeping the ones that worked and killing the ones that didn’t. “We want everyone to achieve something and be friendly to failure,” Lee says of the corporate culture at Viva Republica. “When you fail, you just step up again and again until you finally succeed.”