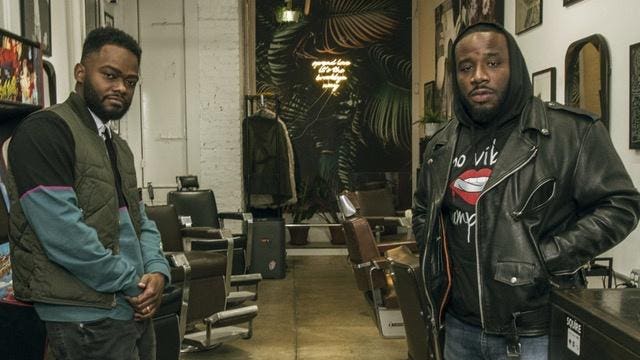 Upstate New York is spawning sizable tech companies, injecting new life into an area that’s long been seen as part of the depressed Rust Belt, albeit boosted by the presence of universities and stellar natural beauty.

I visited Syracuse and Skaneateles, a picturesque lake front town “discovered” when Bill and Hillary Clinton stayed there as she prepared for a run to become New York’s senator. Skaneateles was as you might expect it to be: well-to-do and lovely – the name, pronounced Skinny Atlas, comes from the Haudenosaunee language, I was told, and means “long lake.”

Syracuse, a city of about 150,000 that has an incredible industrial history, thanks to the salt springs that gave rise to its first industry, salt manufacturing, and its presence on the Erie Canal. It was the former home of industrial giants from Smith-Corona to Carrier, to a big headquarters of General Electric, to Skaneateles-based Welch Allyn, a medical device manufacturer.

I stayed in a Marriott downtown, the historic Hotel Syracuse. The murals, intricate woodwork and the care with which it had all been restored by a developer, Ed Riley, attested to the wealth of the past and the present.

But what was most surprising was the number of big tech companies emerging from the region. I heard of two in Syracuse: Density, which measures occupancy, recently raised $125 million, bringing its valuation to over $1 billion. TCGplayer, a platform for trading cards, has a growing office in downtown Syracuse. A Buffalo-based online auto dealer marketplace ACV Auctions, was a unicorn that had an IPO during the pandemic, was backed by a local VC firm, Armory Square Ventures, whose principals, Somak Chattopadhyay and Pia Sawhney, were recruited by a group of businesspeople with deep ties to the community. A state-funded incubator, 43North, anchors the community in Buffalo, which has also spawned a barbershop app called Squire, with a reported valuation of $750 million.

One of the hidden forces behind the comeback in Upstate New York is the Allyn family, of Welch Allyn. They sold their company in 2015 after 100 years of family ownership. But I met husband and wife Eric Allyn and Megan O’Connell, who are investors in Armory Square Ventures. She is the force behind the Salt City Market, a market for immigrant entrepreneurs that aims to make sure that gains in the entrepreneurship community aren’t limited to the high-tech realm. The region has also been wooing a chip manufacturer.

I’ve seen communities from the West Coast to the Midwest to Arkansas that aim to reinvent themselves through an embrace of venture capital and high-tech startups. That’s an approach that can bring a flood of money but a relatively limited number of jobs. The wiser communities – often those with deep manufacturing histories — understand how important jobs are, too.