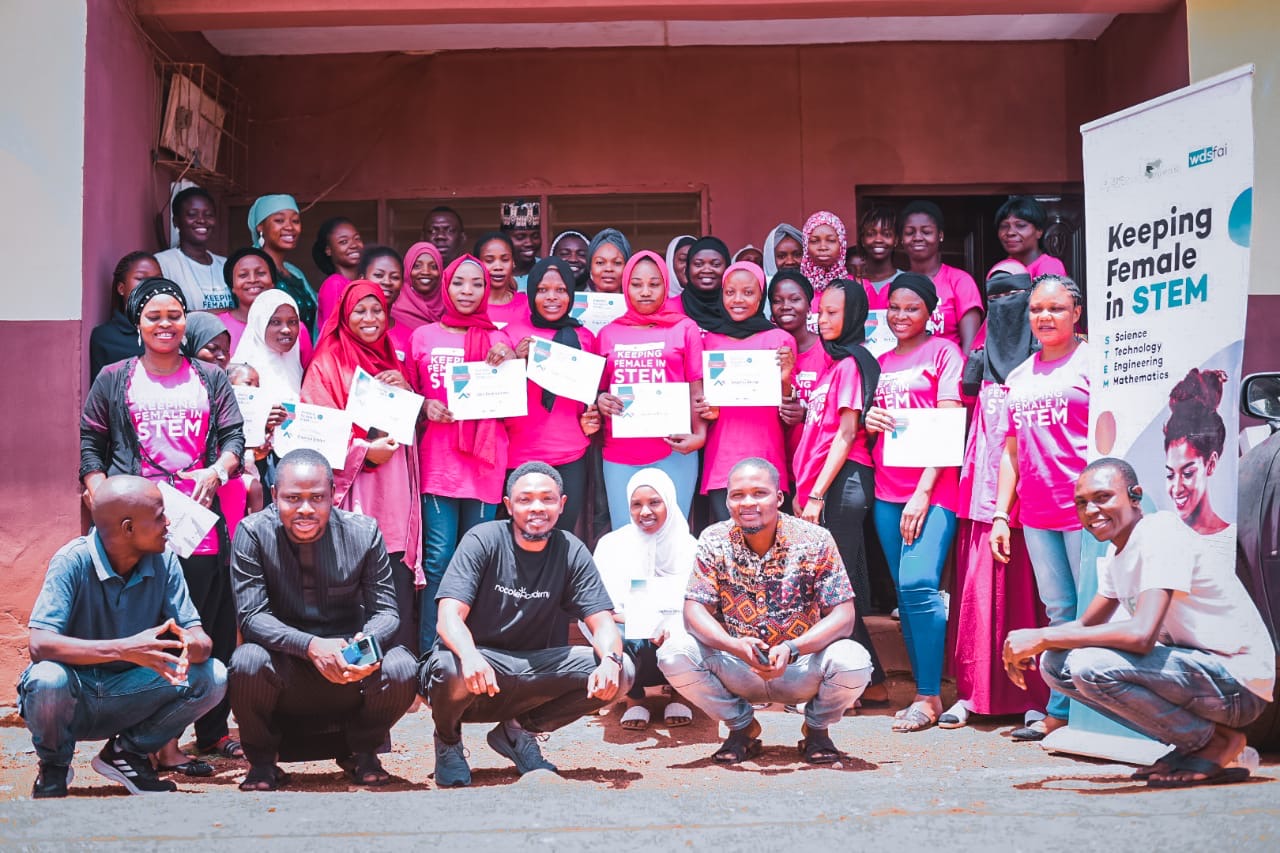 A non-profit organisation, Webfala Digital Skills for all Initiative, has concluded a three-month free training of 100 female graduates in Web Development and Graphics Design.

Speaking at the graduation ceremony for the trainees in Ilorin, the Executive Director of the organisation, Mrs. Nafisat Bakare, said the training tagged ‘Keeping Females in Science, Technology, Education and Mathematics (STEM)’ was part of the organisation’s efforts to bridge the gender divide in the tech ecosystem in Nigeria and to empower women to be self-reliant and employable.

According to her, the free intensive training programme which was supported by the Nigerian Women’s Trust Fund and the Ford Foundation, targeted unemployed female graduates based in Kwara state and who are interested in acquiring digital skills that can make them become financially independent and solve problems in their communities.

“No fewer than 100 female graduates participated in the free training programme which is part of our efforts to bridge the gender divide in the tech ecosystem in Nigeria and to empower women to be self-reliant and employable. Through the training, we want to encourage more women to take up careers in Science, Technology, Education and Mathematics (STEM).

“I’m delighted to note that within the three-month duration of the training, the beneficiaries had acquired the relevant skill and knowledge they need to start a career in the tech space, which is the main objective of our Keeping Female in STEM project. I’m happy that the participants are prepared and excited to start this journey,” Bakare added.

One of the beneficiaries of the training, Al-Sidiq Rufaidat, described her experience during the programme as challenging and exciting, noting that she intends to further her knowledge in Graphics Design so as to be in worthy competition in the tech space.

She appreciated the Webfala Digital Skills for all Initiative for organising the training and for always making sure that the environment was conducive for them to learn.

Another pariticpant, Olayiwola Karimat, said “I intend to commercialise the skills I acquired during the training by making designs for people and brands, and also use it to enhance my own personal business.I thank the organisers for this great opportunity.”

On her part, Dawodu Funmilayo, described her experience during the programme as memorable and fantastic, saying that she got value she never thought she could get easily.

“Having learnt the basics, I planned to maximize it effectively by acquiring more knowledge, that is, going full-time in tech and improving myself on it. So that I can get a high paying job, network, and be able to teach others in form of giving back to the community,” she added.