Skillz (SKLZ -5.67%) is an exciting gaming company that offers players the chance to wager real money on the games played. Of course, with cash on the line, games are noticeably more engaging.

The unique business model has attracted players and investors alike. However, Skillz consistently reports massive losses on the bottom line as it invests aggressively in growth. 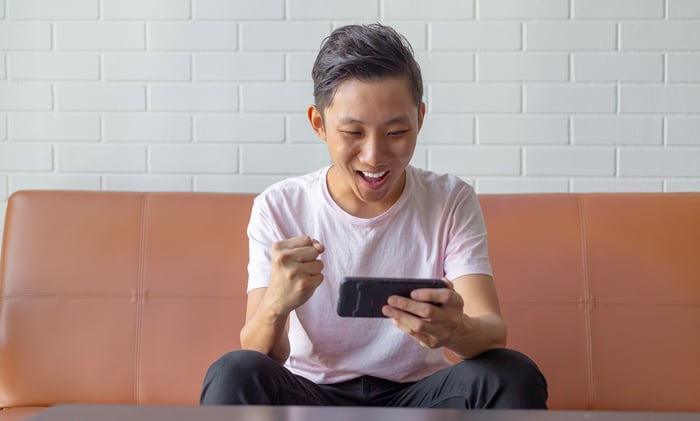 In its most recent quarter, which ended on March 31, Skillz reported a net loss of $148 million. That was an increase from the year-ago quarter’s net loss of $53.6 million. The company’s most significant expenses were dedicated to sales and marketing, in which the Skillz spent $117 million, outpacing its revenue of $93 million. While this loss may appear disheartening, the theoretically good news is that these expenses reflect the company’s investment in player acquisition and engagement, an essential piece of the company’s business model. 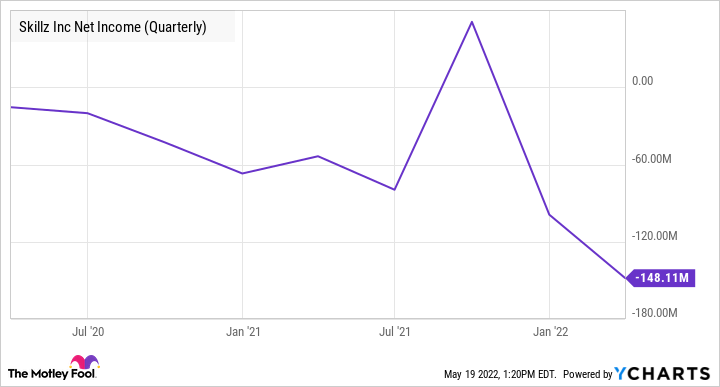 Note that Skillz does not create games, but rather outsources this activity to developers who spend their own time and resources building games for the platform. Skillz encourages developers by promising them a percentage of the revenue their games generate. Essentially, players pay money to enter contests and tournaments; Skillz takes a percentage for itself as revenue and forwards a portion of it to developers. Players get the leftover cash as their winnings.

Of course, if Skillz has more players, developers would be enticed to create more and better games, as a more extensive player base will lead to greater potential revenue. Therefore, it’s understandable that Skillz is investing so aggressively to acquire and engage players. The $117 million spent on sales and marketing this year is a notable increase from the $96 million spent on that area at the same time last year.

From that total, Skillz spent $59.7 million on user acquisition and $42.1 million on user engagement. The latter consists of programs like a 20% deposit bonus for existing players. User acquisition spending could include sponsored ads on social media platforms that encourage gamers to download the app and make an account.

Regardless, the combined spending on sales and marketing of $117 million surpassed revenue of $93.4 million in the first quarter and led to losses on the bottom line.

Management is moderating expenses — but is it enough? 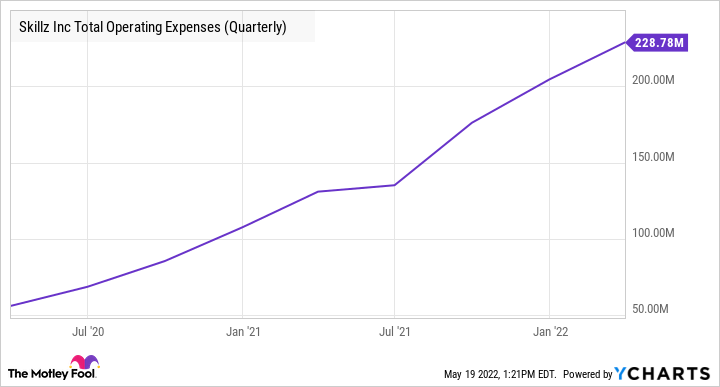 That said, management attributed this decrease in spending to the loss of paying monthly active users quarter over quarter. If the fall in paying monthly active users gets too disruptive, Skillz may want to boost the spending as a percentage of revenue again. In the long run, spending over 100% of revenue on marketing and generating losses on the bottom line is unsustainable. This could be an opportunity for Skillz to show investors a sustainable business.

Of course, growth rates will slow down and may turn negative, but at least the company will be on a firmer footing. Under its current strategy, this gaming stock is down 96% off its high. A new direction may be overdue.