Locomation has received about $60 million in state dollars. 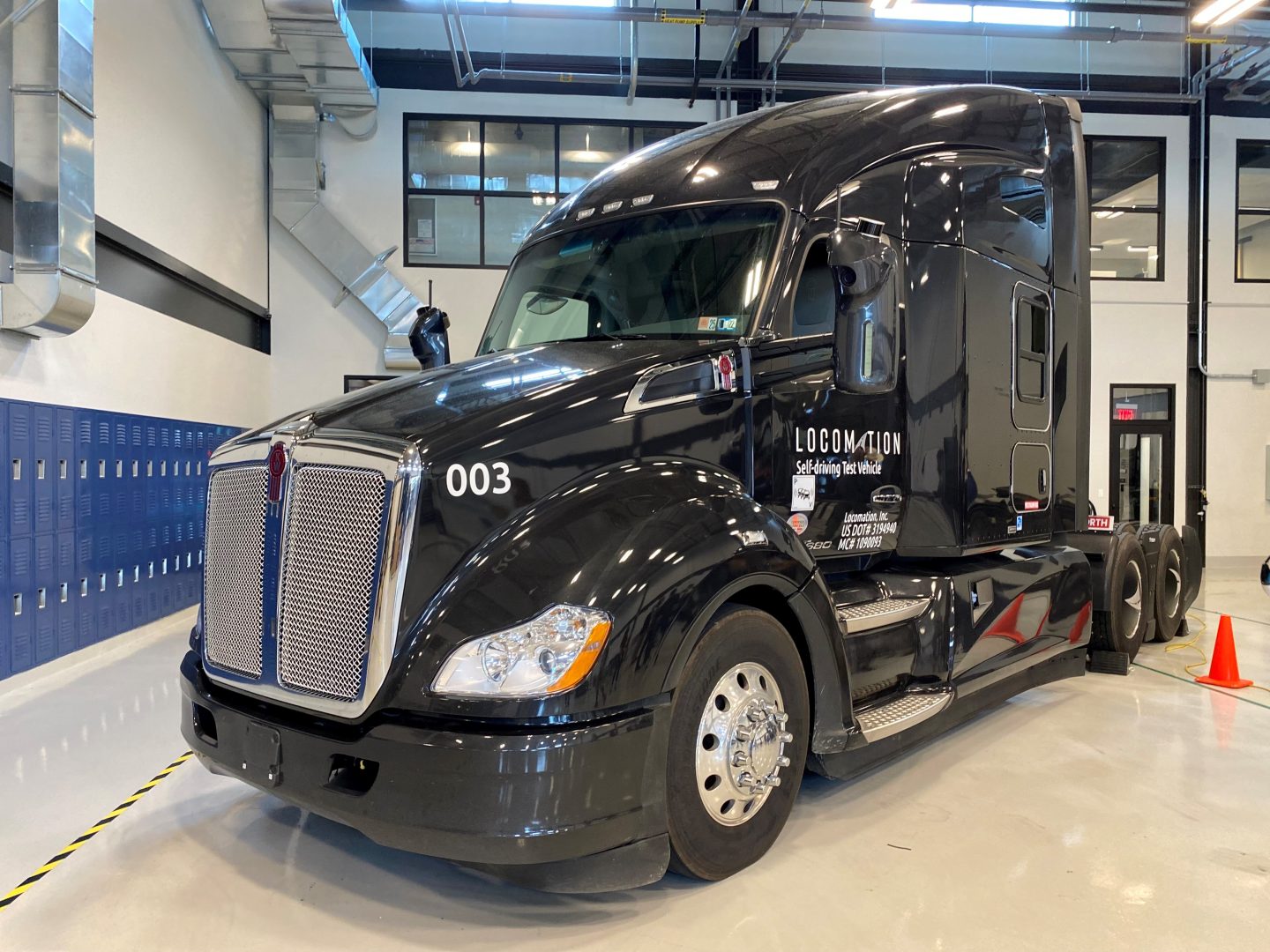 A Locomation truck parked inside the company’s Lawrenceville headquarters.

“It’s critical to invest in startup companies like Locomation. They represent the future in Pennsylvania,” said acting Secretary of Pennsylvania’s Department of Community and Economic Development Neil Weaver. “If we truly want to keep this momentum in Pittsburgh and the rest of Pennsylvania growing, we at the state level have to continue to foster an environment of support and investment.”

Weaver joined Deputy Secretary of Technology and Innovation Steve D’Ettorre and Locomation leaders at the company’s headquarters inside TechForge Monday.

According to Çetin Meriçli, co-founder and CEO of Locomation, the company has grown its staff and testing fleet considerably over the last two years. Locomation’s testing fleet currently holds 12 trucks, up from four last year.

“Their support at a crucial time helped us hire key personnel, procure essential technology as we build towards becoming the first company to deploy commercially viable autonomous trucks across the country,” said Meriçli. “We’ve quadrupled our employee headcount in the last 14 months.”

Wolf administration officials and Locomation cited state initiatives like the Ben Franklin Technology Development Authority as key assets keeping Pennsylvania competitive in the autonomous vehicle sector. The authority has given $52 million to Pennsylvania-based venture firms so far, with Wolf proposing an $18 million budget increase for 2022-2023.

“It just shows what sort of public-private partnership can bring to a region and why the continued work of Pennsylvania to make sure that they have every piece of the ecosystem ready is critical to the continued success of these companies,” said Finch Fulton, Locomation vice president of strategy and policy.

Beyond financial support, the Wolf administration has publicly supported changing state laws that currently prevent autonomous vehicle developers from testing cars and trucks without a human in the driver’s seat. Bills in the state House and Senate proposed earlier this year have not yet been scheduled for a vote.

Locomation currently tests its technology at autonomous trucking testing facilities and along State Route 576 on the Pennsylvania Turnpike. Finch said that soon the company would need to expand its testing capabilities.

“By Pennsylvania not taking the step yet [to loosen regulations], they could put themselves at a competitive disadvantage with the neighboring states, where the jobs of the future will go,” Finch warned.

In April, Wolf said he hoped to sign such legislation “soon,” but neither legislative body has shown an eagerness to pass the bills. According to Finch, Locomation has been holding talks with legislators answering questions about safety and the impact on the trucking workforce.

“There has been a lot of work going on behind the scenes to make sure every stakeholder is heard and to make sure all members can voice their concerns and have them be addressed,” Finch said. “So we’re very optimistic that we’re going to get that bill moving forward and passed by the summer.”

The Wolf administration stressed the importance of innovative startup companies to the future of jobs in the state and specifically in Pittsburgh.

“Locomation is part of Pittsburgh’s innovation ecosystem that for many years we used to say was budding or on the rise. Now… I can say with confidence that Pittsburgh’s tech sector isn’t a secret anymore,” said Weaver. He cited Pittsburgh’s universities as the key factor drawing companies to Pittsburgh.

Meriçli said Monday that the Locomation will be able to double its current fleet in 2023. The company plans to deploy its trucks commercially with Wilson Logistics, Aliquippa-based PGT Trucking and Christenson Transportation.

Locomation is betting on its convoy-based autonomous trucking system as the quickest route to commercialization. Unlike other self-driving commercial truck developers, Locomation’s tech requires two trucks to operate. A human drives the truck in front, and an autonomous truck trails behind it. The autonomous truck follows the actions of the human-driven lead truck, allowing the person inside the second truck to rest.

While Meriçli would not commit to a launch date for deploying autonomous trucks with its partner companies Monday, he estimated that we could begin seeing their product commercially in 2023.