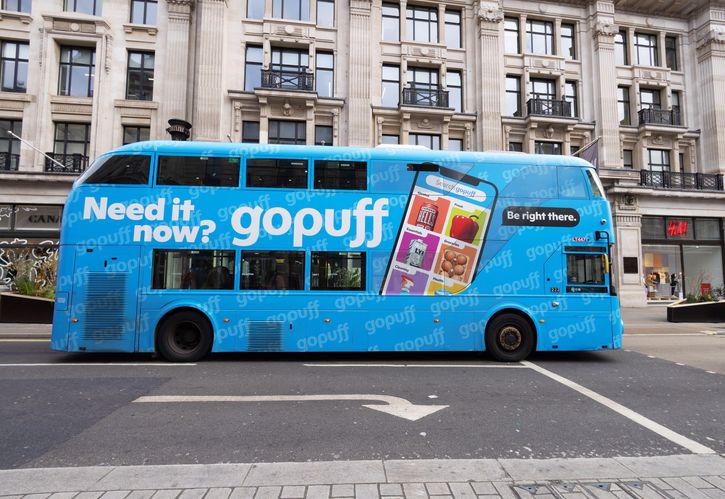 A dizzying turn in technology-startup investing is undoing the fortunes of founders and investors riding a 13-year bull run.

Highflying startups have been grounded, swiftly, by the new climate: layoffs, sceptical investors, an exodus of funds and the prospect of a valuation haircut.

Last year, e-commerce startup Thrasio was expected to be valued at $10bn or more in a funding deal that would have led to the four-year-old company going public. The deal didn’t happen, and Thrasio, which buys and aggregates retailers that sell on Amazon.com, continues to burn through the more than $3.4bn of debt and equity it had raised.

In recent weeks Thrasio has cut close to 20% of its workforce, announced a new CEO, tapped the brakes on acquisitions and scaled back engineering projects, according to former employees and an internal company memo reviewed by The Wall Street Journal.

Thrasio’s trajectory – and the stratospheric rise of many startups – benefited from years of low interest rates and a decline in the number of public-company stocks, which helped drive investors into venture capital. The trend accelerated in 2020 when stimulus and other pandemic-relief moves created a flood of cheap capital, which some investors parked in startups as pandemic restrictions made digital apps and services a hotter asset class.

The reversal mirrors a turn in the broader tech industry, where stocks are being hammered and companies from Facebook parent Meta Platforms to Twitter and Uber Technologies are moving to cut costs.

Many big money managers have fled startups. Venture capitalists are steering clear of high valuations and demanding that companies spend less and improve their margins – an about-face after years of profitability taking a backseat to growth. The pressure, combined with uncertainty over where the next investor check will come from, has prompted startups that seemed to be soaring just months ago to fire staff members, cut marketing spending, cancel projects and do whatever they can to make their money last.

“This is clearly not a speed bump,” said Mike Volpi, a venture capitalist with Index Ventures. “This is a proper correction. The end of a cycle.”

In March, startup CEO Doug Ludlow cautioned his fellow founders on Twitter: “If you haven’t already started on a path to break-even, start immediately. In 2022, VC’s are going to pull back massively.”

Ludlow has confronted that himself. Plans for a fundraising round with new investors fell through after the market turned sour and there was disagreement with investors over price, according to a person familiar with the matter. He reverted to plan B: a much smaller funding round with his existing investors, known as an insider round.

Ludlow said he has developed a plan for his three-year-old financial-services firm, MainStreet Work to break even in six months to a year. It entails laying off 45 people, about a third of the workforce.

“Every dollar you’ve got to treat as if that’s the last dollar you may have,” he said.

Margins scrutiny
Matt Schulman, CEO of software startup Pave, said his investors are scrutinising gross margins in a way they hadn’t before. Pave, which helps employers develop compensation plans and discuss them with employees, has repositioned itself from a service to help firms with hiring to one that helps companies retain employees, he said. There have been too many hiring freezes for the previous strategy to make sense.
Schulman recently made a list of 15 potential ways to cut spending. One was to do more hiring in cheaper regions such as Latin America.

The venture capital pullback is a correction from extraordinary heights. Investors poured $1.3tn into startups over a decade, producing hundreds of companies annually that attained billion-dollar-plus valuations, attracting interest from foreign governments and top-tier hedge funds.

Venture capital funds raised $132bn to invest in startups in 2021, nearly double the amount from 2019 and six times the total raised a decade ago, when the number of funds was about a third of what it is today. In last year’s fourth quarter, venture capital investments reached a record $95bn, according to PitchBook Data.

That was too much money to deploy effectively or wisely, some investors say. The valuation multiple that was deemed acceptable for software startups reached 100 times annual recurring revenue, roughly 10 times the historical norm for companies in that industry, according to data from venture capital firms.

“If you keep marking everything up, you’re eventually going to believe that those marks are accurate,” said Gil Dibner, a London-based venture capitalist.

Startups that raised big sums at high valuations faced pressure to grow, which they did by rapidly adding staff and making acquisitions. At some companies, the quality of work deteriorated, acquisitions weren’t thought out, leadership got distracted and cash burn soared, said some investors and startup founders.

“It was a scrum,” said Dibner. “When you shove that much money at pretty much anything, you change the way people make decisions.”

Now, the public tech companies that powered the pandemic-era stock-market rally are suffering some of the market’s biggest losses. Shares of Facebook parent Meta and Amazon.com are down more than 30% this year, Apple, Microsoft and Alphabet have all dropped around 20% and Netflix has fallen 69%. The S&P 500 is down 16% since the start of the year, and the Nasdaq Composite Index is off by more than a quarter from its high in November.
Private tech companies quickly looked overpriced. With interest rates rising to fight 8%-plus inflation, startups whose profits were years in the future had less appeal.

Particularly important to startups seeking big sums of capital are crossover funds, large money managers that invest in both stocks and private companies. Those managers accounted for around 70% of the dollars startups raised last year. Some, including Coatue Management and D1 Capital Partners, quickly backed off from startup investing when the stock-market decline hammered their investments in public companies. In the first three months of 2022, crossover funds’ venture capital investments sank to the lowest level in six quarters, according to PitchBook.

SoftBank Group, which operates two startup investment pools as part of its Vision Fund unit, reported a $26.2bn loss this month on its big portfolio of technology companies for the first three months of the year. SoftBank said it would cut the number of startup investments through next March by half or three-quarters from last year’s pace.

Hedge fund Tiger Global, one of the heaviest startup investors during the pandemic, is staying in venture capital investing despite being on track to have its worst year, with its main fund down 45% year to date. But Tiger is shifting to early-stage companies that have lots of room to grow and remain years away from going public.

Negative sentiment
In all, venture capital investments fell 26% in this year’s first three months from the fourth quarter, according to data from PitchBook. Some investors say they are looking at about a third to half the number of prospective deals they were last year. From the end of last year through the first quarter, valuations for one cohort of high-growth startups fell 42% on average, according to data provided by Carta.

The vacuum in funding has turned sentiment in Silicon Valley “the most negative since the dot-com crash” two decades ago, said venture capitalist David Sacks.
Thrasio, which has more than 300 retail brands selling items ranging from insect traps to mops, is valued as a tech company (at more than $5.5bn, in its last private financing) despite having limited tech, people familiar with the matter said. The startup made its first $100m or so in revenue without an engineering team and was using Google spreadsheets, one of the people said.

Its discussions last year with a special-purpose acquisition company to go public were scuttled by complications with Thrasio’s accounting and investors souring on Spac deals, which have traded poorly in the public markets, according to people familiar with the plan.

Thrasio now faces not only the venture capital retreat but also rising costs for goods and advertising, and larger Amazon fees for sellers. The cost predicament is squeezing many others, too, and has contributed to the more than 8,200 layoffs at US venture-backed startups since March, according to a survey of layoff announcements and tracking website Layoffs.fyi.

Reef Technology., which builds kitchens for food delivery services on parking lots, has been struggling to raise a round of funding. It initially was seeking as much as $1bn.
As the market tightened and capital became harder to secure, Reef cut hundreds of staff, closed kitchens and delayed paying bills. The company recently struck a deal for over $250m in funding, people familiar with the matter said.

A Reef spokesman said the company recently secured new funding from investors, and it expects to add additional investors in the future.
Rapid-delivery startup Gopuff said in a company filing in December it was seeking to raise up to $1.5bn in a loan that would convert to equity. The full funding hasn’t materialised, according to a person familiar with the matter. Gopuff now is working to secure a $1bn loan. It has laid off around 450 people, or 3% of its staff, according to a company memo.

There are structural reasons to believe the funding turmoil isn’t headed to a bust. The digital transformation of industries that the pandemic has helped spur is permanent, say investors. Many startups remain flush with cash and just need to keep a lid on spending.

“It’s not a 2001, in my opinion, or a 2008 scenario,” said former Cisco Systems. CEO John Chambers, who is now a venture capitalist. “Marginal startups just will not get funded, but I actually think that’s a healthy phenomenon.”

Some relief
For venture capitalists who no longer have to jockey with multibillion-dollar hedge funds, the slowdown comes as a relief. Sacks said his firm, Craft Ventures, has been able to invest in two late-stage companies without facing the competition from big money managers that, six months ago, would have driven the price much higher.

Meanwhile, venture capitalists are clawing back some of the power they ceded to company founders when the market was hot. More deals now include protections such as so-called full ratchets, which ensure that investors can recoup the value of their investment in case a startup’s valuation declines in a future funding round or a public offering. Some investors are providing a startup with capital but not assigning a valuation until they can assess its revenue and losses at the end of the year.

Startups should be prepared for things to get worse before they get better, according to Zac Stein, president of human resources software startup Lattice.

“Many people join startups to embrace the struggle,” he said. “They may just get that opportunity.”

From The Wall Street Journal