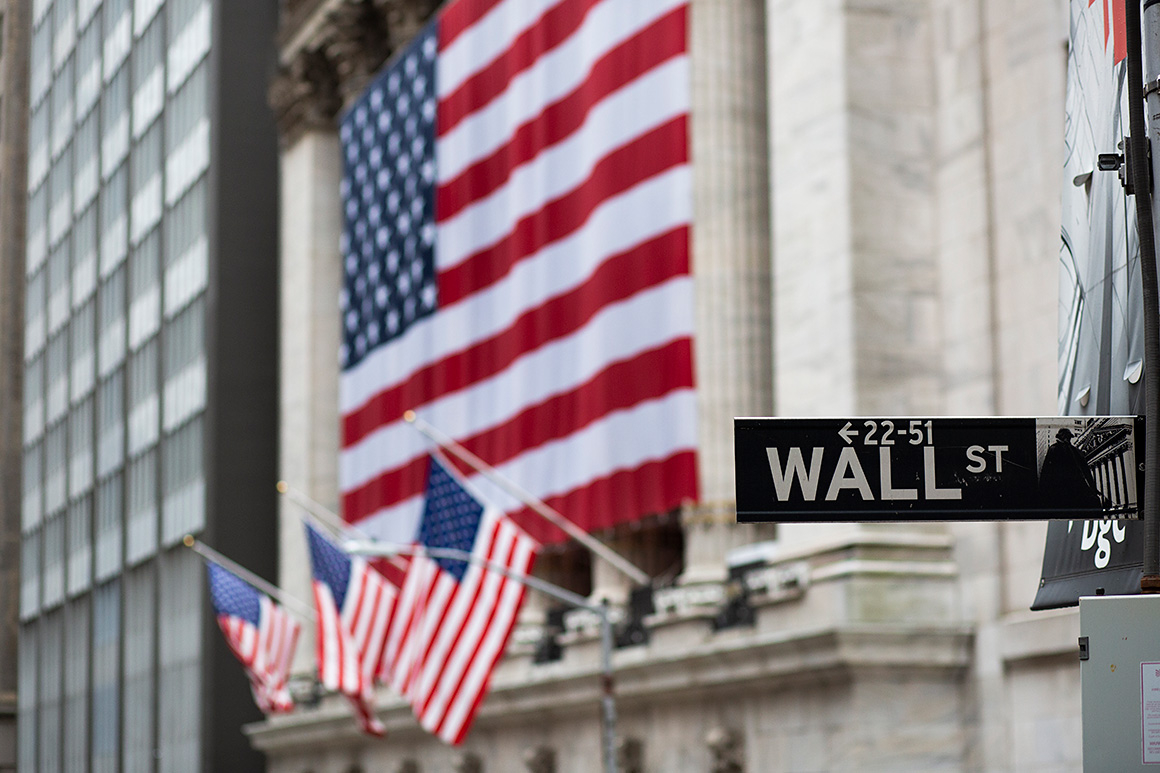 The Securities and Exchange Commission is poised to deliver some tough love to major investment firms: No more flashy green marketing — at least not without proof.

A majority of SEC commissioners voted yesterday to advance two draft rules that are designed to create guidelines for the growing — yet largely unchecked — market of socially conscious investing.

Much of the focus lies with investments known as ESG funds. The acronym stands for environmental, social and governance, and encapsulates a wide variety of investing styles and strategies that purport to consider companies’ performance on a sprawling set of sustainability-related issues.

Once a fringe idea, the universe of ESG investing has ballooned to nearly $2.77 trillion in assets under management globally, according to research firm Morningstar Inc. But the arena remains largely unregulated in the United States.

So the SEC is stepping in.

The agency’s main goal: Ensure investment managers and companies market their funds as ESG, green, sustainable and the like only when their products actually merit the labels.

The new rules would do so by putting guardrails around the types of funds that are permitted to don sustainability-related names and by requiring investment firms to back their green claims with solid proof.

In other words, “You should mean what you say and say what you mean,” said SEC Commissioner Caroline Crenshaw, a Democrat.

And not just because that’s the honest thing to do, she added.

“It is fair for investors to expect clarity, consistency and forthright naming conventions,” she said yesterday during an open meeting. “Simply put, investors should know what they’re investing in.”

Crenshaw and the agency’s two other Democrats — SEC Chair Gary Gensler and Commissioner Allison Herren Lee — voted in support of the rules, triggering their release.

The agency’s lone Republican, Commissioner Hester Peirce, did not, citing concerns that the changes “may create more fog than they dissipate and may place unnecessary constraints on fund managers.”

The proposed rules are broken into two sets of amendments. One focuses on expanding investment firms’ disclosure of ESG-related information. The other targets potentially deceptive fund names.

On disclosure, the new rules would require investment companies that say they consider ESG factors to provide investors with information about the strategies they use to do so. Depending on the type of fund, the level and rigor of disclosure would vary.

Take “integration funds,” which the SEC defines as funds that consider one or more sustainability-related factors — but not more so than other factors. If adopted as is, the new rules would require those funds to describe the extent to which they consider environmental, social and governance issues when making investment decisions.

Lance Dial, a partner at Morgan Lewis with expertise in mutual fund law and ESG, said that category of funds would experience relatively “light-touch disclosure.”

Meanwhile, “ESG-focused funds” — which are funds that count ESG factors as a “significant or main consideration” — would be required to provide more detailed disclosure, including a standardized overview of their ESG strategies.

The final bucket is “impact funds,” or funds that seek to achieve a particular environmental or social objective. Those would be required to disclose how they measure progress toward their intended impact.

In that way, the SEC isn’t requiring investment firms to consider ESG issues more than they already do. Instead, the rules ask firms that claim to account for sustainability-related issues to help investors peek under the hood of those funds before investing in them.

As far as fund names or labels go, the agency is looking to expand a provision of the Investment Company Act of 1940 that prohibits investment firms from using deceptive or misleading fund labels.

The measure, which is known as the “Names Rule,” currently requires funds with names that indicate a certain type of investment — such as investments in particular geographies or sectors — to align at least 80 percent of their assets consistent with its name.

Under the new amendments, the agency would expand its use of the provision to include a broader range of funds, including those that imply a particular investment approach, such as investing with sustainability in mind. Under the current rules, approximately 62 percent of investment firms are subject to the Names Rule. The SEC estimates that 75 percent of firms would be required to comply under the new amendments.

Also important is that the new rules would require firms to disclose how they define the terms used in fund names, as well as how they select investments in line with those names. Notably, the rules make explicit that — moving forward — ESG integration funds cannot be marketed as green whatsoever.

“It’s important to protect against overstatement or exaggeration of the extent to which these concepts factor into a fund’s investment choices,” Lee said yesterday. “So the proposed rule would deem it materially deceptive or misleading for funds to use ESG terminology in its name if it gives no greater weight or prioritization to ESG factors than to other investment factors.”

As such, she added, “the choice of if or how to incorporate or prioritize ESG is up to the fund. But what the names convey to the investors must be consistent with those choices.”

The public response to the rules is sure to be mixed as investors, environmentalists, finance firms, lawmakers and more dig through the amendments and weigh in.

“My guess is that you’re going to hear some of the same chorus. You’re going to hear a bunch of people who are more … on the ESG side say this doesn’t go far enough,” with others potentially citing concerns about compliance costs, said Dial of Morgan Lewis.

For her part, Peirce provided a preview into potential arguments that could be leveraged against the effort by Republican lawmakers and Wall Street. In public remarks yesterday, she acknowledged that the “key impetus for this rulemaking is a legitimate concern about … greenwashing by investment advisers and investment companies.”

But she also raised concerns with the proposal. Among them: The rules wouldn’t necessarily eliminate confusion surrounding ESG, and they could limit firms’ ability to make prudent investment decisions. In addition, she argued the SEC already has the tools it needs to address greenwashing.

“This proposed rule misses the mark,” said Peirce, who added that she could have supported a less prescriptive rule.

Matt Moscardi, a former executive director at the index provider MSCI, wasn’t sympathetic to potential industry pushback. “The entire investment community, the issuers and the asset managers and the pension funds, frankly, they have themselves to blame for the fact that the SEC is stepping in at all,” he said.

Everyone “loves saying they’re doing something that they’re not,” Moscardi added. “And that’s pretty much when you get regulated.”

Others applauded the move as a positive step for both supporters and detractors of ESG investing.

“Those who think ESG investing is all surface and no substance should welcome the Commission’s effort to provide investors in ‘green’ or ‘socially responsible’ funds with clear and comparable information about where their dollars are going and why,” Jack Lienke, who directs regulatory policy at New York University’s Institute for Policy Integrity, said in a statement.

“And those who think ESG investing is a reliable means of maximizing long-term returns,” he added, “should welcome this effort to expose greenwashing and increase investor confidence in legitimate ESG claims and products.”

The public will have 60 days to comment on the draft rules once they are published in the Federal Register.