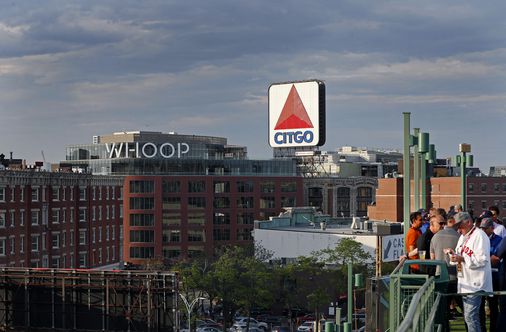 The moves come as the decade-long funding boom that fueled the growth of hundreds of tech startups is slowing. With inflation raging, interest rates rising, and supply shortages still unresolved, it’s a hard time to navigate even for the most successful companies.

Businesses that depend on e-commerce have seen the brunt of the damage from the economy’s twists, as people have been spending less for online goods and more on things like travel and dining. That’s hit Walpole’s Thrasio, an aggregator of Amazon brands, which this month cut jobs a reported 20 percent, or more than 200 people, despite raising $2.5 billion in debt and equity financing last year.

Boston Globe tech reporters tell the story of the region’s technology and innovation industry, highlighting key players, trends, and why they matter.

Other big startups like DataRobot are trying to make the money they raised last longer. The Boston artificial intelligence company is cutting 7 percent of its workforce, or about 100 people, less than a year after raising $300 million. The cut was a “difficult but necessary step,” a spokesman said.

The retrenching in the industry comes after a period of tremendous job growth. Wayfair has added almost 2,000 positions since the beginning of 2021 to bring its workforce to about 18,000. “We are confident that a short-term hiring pause will not impact our long-term plans,” the company said in a statement.

Fitness-tech startup Whoop has roughly quadrupled in size over the past two years but is easing back on its goal to reach 1,000 employees by the end of 2022, chief executive Will Ahmed said.

“The company has been growing a lot,” he said. “At the same time, you want to be mindful of the macro environment and how things have shifted.”

Indeed, companies that are less established could have a difficult road ahead.

“So the lights just came on at the party, and like [the dot-com bust], there are many companies . . . that shouldn’t have been funded and will not prove viable in the new world,” said Kent Bennett, a partner in Bessemer Venture Partners’ Cambridge office who has backed Toast and other local companies.

He added that “there will be a lot of pain in the coming quarters, but there will also be a lot of startups who grow through these dark times.”

Just eight months ago, Toast’s initial public offering, along with the public-market debut of Ginkgo Bioworks, marked new heights for the Boston tech industry. But the restaurant payments firm and synthetic biology pioneer have lost 57 percent and 65 percent, respectively, in market value this year. The pair exemplify the different ways in which economic challenges impact companies selling technologies that are already in use or still in development.

Toast, which had over $1.7 billion of revenue last year and has thousands of restaurant customers using its payment tools and services, could see those customers cutting back quickly if the economy continues to decline. At Ginkgo, which had $314 million of revenue in 2021 and $1.5 billion in cash on hand, the company is still focused on researching future products, making it more insulated from short-term economic factors. Neither firm has announced any job cuts.

But Toast is applying “heightened discipline” to all spending, chief executive Chris Comparato said this month. The company is still hiring, a spokesman added.

Ginkgo, meanwhile, remains in expansion mode with a focus on research and development. “Our balance sheet will allow us to accelerate our leadership, while others in the sector may need to pull back,” chief executive Jason Kelly said on a call with analysts.

The question on many minds is how the landscape will compare to previous tech-market crashes. The 2000-2002 dot-com bust put hundreds of Internet companies out of business. The Great Recession of 2008-2009 sent the national unemployment rate, which is now under 4 percent, as high as 10 percent.

“I remember the [dot-com] bubble very well,” said Rick McConnell, chief executive of Waltham software monitoring company Dynatrace. Back then, he ran a video conferencing firm that went public, only to sell for a fraction of its IPO price a few years later. But from his current perch, the tech market looks quite different, with many promising companies, albeit some that have been overvalued.

“I wouldn’t say it has the same characteristics of the tech bubble, where you just had hordes of companies that had no right to be public, zero chance of profitability,” he said.

“We remember it now as one big fell swoop, but in fact it was a confusing sequence of a bunch of things,” Eisenmann said. “It’s too soon to say what’s going to happen now. Every [downturn] is different. This one is different.”

This time around, for example, the stock prices of public tech companies are leading the crash amid larger economic problems, while the dot-com bust started with a panic about smaller startups running out of cash.

Another aspect that appears different to Eisenmann is the recirculating of funding during the dot-com boom. Companies that raised venture capital or went public bought tons of tech gear and online ads, making the tech ecosystem appear healthier than it really was. “There’s maybe a little bit of that, but nothing like the scale of 1999 or 2000,” he said.

But one new challenge may be that the pandemic made some solidly growing companies look like explosively successful companies, said Bentley management professor Linda Edelman. Think Zoom and Peloton.

Some online businesses “had this mentality to grow fast, ‘we’re on fire, we’re going zero to 100 miles an hour,’” she said. But “maybe we are only going zero to 50 . . . and we need to be a little more conservative and thoughtful.”

For now, venture capital firms are urging startups to put away the punch bowl.

“No one can predict how bad the economy will get, but things don’t look good,” startup backer Y Combinator, founded in Cambridge and based in California, wrote to its companies. “The safe move is to plan for the worst.”

Still, Bennett sees lots of money on the sidelines at Bessemer and other firms that could help startups survive hard times. “There is also a ton of private capital aimed at the tech markets that knows that these companies are still very much for real,” he said.

And not all young startups have canceled their expansion plans. Amar Kumar, founder and chief executive of KaiPod Learning in Newton, got backing from Y Combinator last year. He wouldn’t comment on the memo, but said his company isn’t going into turtle mode.

“Being an early-stage startup founder forces you to always be prudent with financial resources,” he said. “The external macro environment doesn’t really change our strategy or how we make decisions about where to spend.”

Anissa Gardizy of the Globe staff contributed to this report.