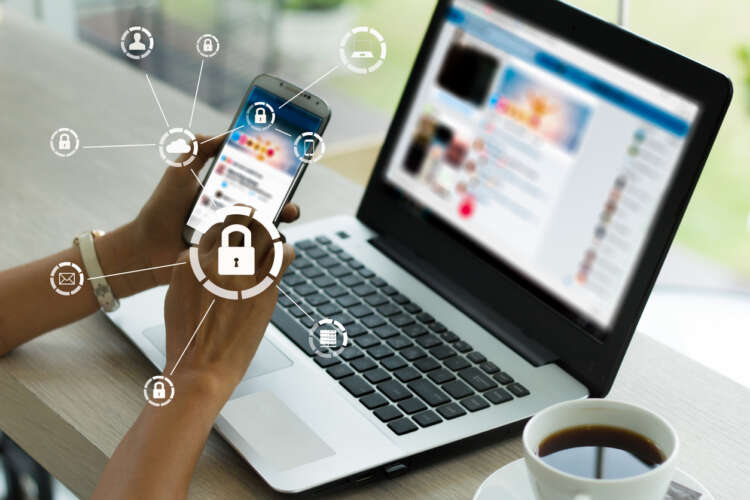 The digital ads landscape has shifted significantly over the past couple of decades – starting with the Google Age in the early 2000s, where we saw the first digital media dollars being spent across Google PPC ads and clicks could be charged at a penny a piece! Next, we saw the rise of the Facebook Age in 2007, the Mobile Age in 2012 and the Programmatic Age in 2015. And while all of these ages were driving digital ad spend forward, they were most notably in favour of advertisers.

Beginning in 2018 though, the landscape began to change. Following the Cambridge Analytica scandal, consumers became more wary of how their data was being collected and used. GDPR and CCPA, followed by cookie deprecation on Firefox and Safari were the starting points of the Privacy Age where consumers are gaining control on how third parties are using their data.

Historically, cookie data has been critical for advertisers to inform creative, messaging, ad type, audiences, attribution, algorithmic learning, and more.  So the decline in cookies has of course caused a ripple effect across all digital campaigns, compounded by Apple’s iOS 14.5 rollout last year. Apple’s ATT policy – a prompt allowing consumers to opt out of data tracking as opposed to the data automatically being collected – is seeing a whopping 55% opt-out rate currently. But, this isn’t particularly surprising given the ongoing debate surrounding data usage.

And the pain for advertisers is not over yet.  In 2023, Google is also planning to completely phase out third-party cookies. Rather than having the ability to collect data on a more bespoke, individual basis, digital users will now be grouped into buckets, which although targetable, won’t be targetable in the granular way we were able to achieve with cookies.

What does this mean? It means that data, the cornerstone of digital ads, is conspicuously more absent. With the loss of 55% of conversions, an advertiser’s ability to attribute performance accurately to a specific advertising channel is significantly reduced.  Audience data that has empowered performance efficiency over the last decade declines. For example, your retargeting audiences significantly reduce in size limiting your ability to retarget users interested in your product that have not completed a purchase. Prospecting audiences using cookie data such as Lookalike modelling have less data and therefore become less efficient.   And if we don’t have this 55% of the data, platform algorithms become less reliable in placing the right ad in front of the right person at the right time.

For data driven brands or marketers this could be seen as a time of panic or concern. The good news is, you likely already have the right weapons in your armoury to navigate the Privacy Age. By refining these tools, experimenting, and finessing the data we can collect, we can ensure that we’re continuing to grow ROI and understand consumer behavior.

Matteo Rosetti, Associate Director of Performance Media and Measurement at Zwift, agrees that the Privacy Age isn’t as all-limiting as it may sound. Matteo points out that “this is undoubtedly a key moment in the history of the industry, similar to what GDPR was at the time, but I always go back and remember that third party cookies are a tool in the industry. The industry has survived other mega-shifts in the past, we will move on and find new ways to achieve the same goals.”

So rather than creating a complete dearth of usable information, we can view this as a time for innovation and a reshuffling of tools. For example, one logistical shift brands may want to consider is moving away from Multi-Touch Attribution (MTA), which relies on cookies, and towards Marketing Mix Modelling (MMM), which is not. Used correctly – MMM can help advertisers confidently place budgets efficiently across channels, set targets, and make predictions when different campaign variables change. While it can’t look at the individual user-level data that MTA can, it examines broader consumer trends so marketers can make informed decisions about where to allocate budget. To build the model, data is collected from a wide variety of sources, such as offline and online activity, price, seasonality, promotions, competitor activity, etc., and then fed into a statistical model using ridge regression – or a prediction that is based on the correlation between data sets. The model can then give us hypotheses about which channels or strategies are responsible for what percent of conversions (or revenue, or whatever dependent variable you’re examining). To take things a step further and ensure that we have confidence in these hypotheses before shifting around budget, experimentation using holdout groups can then calibrate the model and give insight into causation rather than correlation.

In short, this is a time to reassess, experiment, and establish how to best apply the data we do still have access to. Matteo also suggests that “the cookieless world will probably favour companies that have customer journeys, that incentivise early log-ins or easy capture of customers data, because those companies will be able to build an accurate view of their customers.”  While third-party data will absolutely be essential during this period, there is a massive opportunity for brands to innovate how they’re collecting first party; brands should be focusing on identifiers across all points of a customer journey by building on data given directly and with clear consent.

A high point of this is clear; not only do we still have the tools to collect useful data and create meaningful marketing paths, but we have the opportunity to rebuild trust as an industry with our customers. Jan Mustafa, Senior Ads Manager at Realtime, believes that with these new third-party data rules, “the consumers won’t see less [advertising], but there won’t be as much anxiety around being ‘watched’ by corporations. There’s been so much panic around ‘How much do these advertisers know about me? Why do they want to know so much? Isn’t that creepy? I think will hopefully begin to fade away now and we can begin to rebuild meaningful relationships with the customer.”

Undoubtedly, this is a time of massive change. But it’s also a time for innovation, a clarified focus, and potentially even of renewed responsibility for marketers and faith from consumers. Rather than falling into panic, think instead of the tools waiting in your armoury, the data we can use in fresh new ways, and the opportunity to create refined journeys for your customers.