Technology plays a large role in the way today’s consumers live their lives. From shopping to socializing to getting from place to place, being plugged in has become more of a need than a want.

With so much reliance placed on technology and the gadgets that dominate our day-to-day, consumers have not been shy about holding businesses accountable for the products and services they offer.

Consumers have targeted companies including Apple, Google and T-Mobile, among others, with a number of tech lawsuits recently, with claims revolving around issues such as product safety and reliability, among other things.

A class action lawsuit targeting Apple over claims its iPhone 6 contains a defective battery that can cause the device to explode was given the OK to proceed last month.

The judge overseeing the technology lawsuit determined the consumer behind the allegations made plausible class claims in what was a second amended complaint.

The consumer alleges that his iPhone 6 caught fire in his hand and caused injuries to his eyes and wrist in 2019.

Apple also came under fire in May over claims that its AirPod product ruptured a teenager’s eardrum.

The parents of the teenager argue that the AirPods he owned were defective and “ripped open” his eardrum after an Amber Alert caused “ear-shattering sound levels.”

Also in May, Apple agreed to pay $20 million to put to bed claims that its iOS 9 update slowed down and gummed up iPhone 4S devices.

Last month, Google asked a California federal court to deny class certification for a tech lawsuit alleging its Play Store policies work to inflate the price of the apps that it hosts.

The allegation is among antitrust litigation targeting Google over claims brought by state attorneys general, consumers and Epic Games, the creator of the video game Fortnite.

In related news, Google recently announced that it reached a settlement agreement with app developers arguing the tech giant was guilty of antitrust violations.

Lenovo was also in the news last month over allegations that it uses fictitious valuations for its laptops to advertise discounts on its website that appear bigger than what they actually are.

The consumer behind the class action lawsuit claims Lenovo deceives consumers by tricking them into believing they are getting a good deal.

T-Mobile, meanwhile, faced claims last month that the launch of its 5G network will leave some of its customers without service for their devices.

The consumer claims in his technology lawsuit that T-Mobile failed to notify its customers that it was planning to shut down older networks after launching its 5G service.

Consumers with older devices that may not be compatible with newer networks will be left without service once the older networks are shut down, the class action alleges.

Facebook, in its settlement, agreed to pay $90 million to end claims it unlawfully collected the data of its users while they were browsing external websites.

Facebook users claimed the social networking company broke its promise to never collect data from users who were logged out of their accounts and on third-party websites.

Google, meanwhile, agreed to pay $100 million to resolve a tech lawsuit alleging that it violated the privacy of Google Photo users with its facial recognition software.

Illinois residents who appeared in a Google Photos photo from between May 1, 2015, and April 25, 2022, are eligible to benefit from the settlement agreement.

Google also agreed to pay $7 million last month to end claims it failed to offer refunds or credits to AdWords advertisers who say they were improperly charged for clicks or impressions stemming from invalid activity or that violated Google’s own policies.

The settlement will benefit Google AdWords advertisers without an arbitration clause who had an AdWords account and were billed for clicks coming from DoubleClick Ad Exchange websites from between Dec. 13, 2013, and April 28, 2022.

A judge in Brazil ordered Apple to pay a consumer more than $1,000 after they filed a complaint against the company for not including a power adapter with the sale of a new iPhone.

A similar technology lawsuit is unlikely to happen in the United States since Apple only must openly disclose to consumers that the product does not come with a power adapter to be in agreement with the law.

The decision to overturn Roe v. Wade opens the door for states to ban abortion and make it a criminal offense to help aid someone in receiving one.

Tech lawsuits are among some of the most popular among consumers. For example, if you purchased an Apple watch in the past seven years and experienced problems with its screen, you may qualify to join a free Apple Watch design flaw lawsuit investigation. 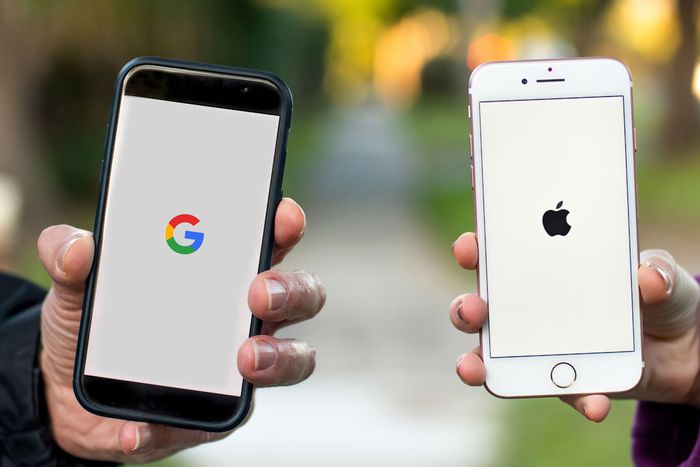